“The Ultimate Weapon Runs On Water, And Everything Else Runs On Fuel.”  – U.S. Army.

THIELMANN WEW developed the first military tank containers in the mid 1990s and has since delivered significant quantities of units to NATO and other forces worldwide.  Over 2,000 fuel and water systems are currently in service with defence forces worldwide. Global deployments for THIELMANN WEW tank containers fit seamlessly into any civilian transport mode; changing modes is made easy with the potential of 200% cost savings through transport synergies.   Storage solutions are offered between 1,000 and 50,000 l, with containers manufactured from 316 or higher grade stainless steel.  Codified MOTS designs carry NATO Stock Numbers, have been rigorously type-tested and have proven themselves on military deployments over the last 12 years in some of the harshest conditions.  (THIELMANN WEW stainless steel fuel systems are approved for operation between -45°C and +80°C.)  The company holds more than 100 patents, and carries ISO 9001, ASME U and numerous other accreditations.  THIELMANN WEW Military fuel and water systems have been deployed in Chad, Congo, Haiti and Afghanistan, amongst other locations. THIELMANN WEW also places a heavy emphasis on ground service and support as far forward as possible.

Developed by THIELMANN WEW in the early 2000s in close conjunction with numerous NATO forces, this system offers a flexible fuel storage and distribution in FOBs and PBs. Known variously as “EPLS” and “Multi Kraftstoff”, significant numbers of this unit are in service with five armies around the world.

The double-skinned, heated unit can be instantly deployed with no time-consuming or costly preparation in forward deployment areas and no need to de-gas on redeployment.   In addition it can be transported by any transport mode, including C130, Antonov and above. The system delivers a “Drop and Go” fuelling capability anywhere in the world.  The low-profile, non-cylindrical design gives maximum carrying capacity when used on military 6X6 or 8X8 trucks equipped with WEW’s uniquely designed hook-arm system.  The system variants have seen successful service in a variety of locations such as Afghanistan and Darfur.  Typical Data...Capacity: 7,600 – 14,000L, Dims: 6,058 X 2,438 X 1,757mm, Delivery Capabilities:  Up to 750L/Min, Fuel Types: Diesel, Jet A-1, AVGAS. Option: Ballistic protection to STANAG 4569 Level 4.

Defence forces frequently use reduced height ISO containers fitted with a hook-arm system to transport fuel for forward and remote area operation.  THIELMANN WEW has developed and patented a system which, coupled with a base ISO container design, enables the unit to be moved seamlessly through both the commercial and military supply-chains.   Using a hook-arm design puts considerable stress on a tank’s framework; THIELMANN WEW unique design reduces frame fatigue and has been proven over many thousands of iterations.  This design has been in service for over 12 years and more than 1,500 hook-arm systems have been delivered to date.

In response to a recent request, THIELMANN WEW has developed an underwing AVGAS system suitable for refuelling fixed-wing aircraft and UAVs. The system is air-portable, can be deployed in minutes and requires no prior groundwork such as bunding. As delivered, the system comprises a large storage tank which conforms to all international regulations and 2,700L pumping systems, complete with fuel/water separators and delivery metering.

This double-skinned unit has been delivered in quantities to numerous armies around the world and is generally used as either rapidly-deployable camp infrastructure or as quick-build fuel-farm. The basic container features a heating system, dry-fit couplings and manifolds if required. Like all THIELMANN WEW systems, the unit contains baffles, thus allowing transport full, empty or any level in between with no need for de-gassing during transport between operations.  Capacity: 16,000-23,000L, Dims: 6,058 X 2,438 X 2,438mm, Other Equipment:  Manifolds, heaters, level gauges (mechanical and electronic), optional high/low level warning device.  Option: Ballistic protection to STANAG 4569 Level 4.

In response to demand from various military organisations, THIELMANN WEW has developed a range of ballistic protection options, both modular and surface-applied for its fuel systems.  This is an added advantage for convoy duties and operation in exposed areas.  THIELMANN WEW ballistic protection has been successfully tested up to STANAG 4569 Level 4 with the following rounds:

THIELMANN WEW has established a range of tailored fuel solutions to suit individual army/truck payload requirements. Each system is developed in close co-operation with logistics and engineering staff from the respective military organisation and is designed to give optimum performance against a given load-bed capacity.

THIELMANN WEW specialises in integrating 3rd-party manufactured components such as pumps to deliver the correct customer solution for each application and requirement. 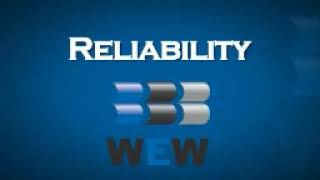 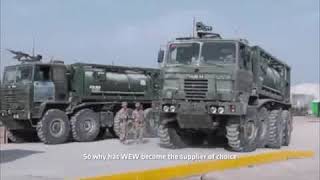 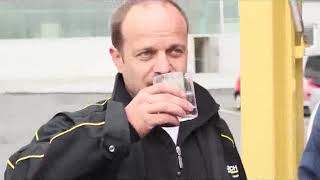