Avon Delivers A Centenary History of the Gas Mask

Gas masks are not new to the military and were first employed en masse during the First World War to protect soldiers from gas attacks. Toxic gases were seen as a way to bring an end to the stalemate on the Western Front. The predominant chemical agents then used were mustard gas (a blister agent) and chlorine gas (a choking agent) and it is calculated that over 100,000 soldiers died and many thousands more injured and blinded in gas attacks on both sides.

Not surprisingly, the British government believed that some form of poison gas would be used by Nazi Germany on the civilian population during the Second World War and by 1940  they had had issued 38 million gas masks!

Even though chemical warfare was not used by Germany against the British population, there have been more military and civilian chemical assaults during the last century than many people realise.  During the Sino-Japanese War in the late ‘30s, gas weapons, such as phosgene, chlorine, Lewisite and mustard gas (yellow) were used against Chinese troops. Mussolini used mustard gas during the Abyssinian war of 1938.  While more recently, Sadam Hussein used chemical weapons against both the Iranians and the Kurds in the Iran-Iraq war of the 1980s.

Many nations now have a considerable variety of lethal and incapacitating chemical agents and the means to deliver them. The technology needed to produce these chemicals is similar to that used to make plastics, fertilizers, and detergents. As this knowledge spreads throughout developing countries, the increased possibility of chemical warfare becomes a harsh reality.

According to the market leader in military gas mask production - Avon Protection, a subsidiary of Avon Rubber plc, - even though outlawed by the United Nations, these devastating weapons still exist so preparation and training is vital And the relative ease of manufacturing these weapons or sourcing them from dubious vendors means they are increasingly likely to be used by terrorist organisations or stockpiled by rogue states.

Avon has been building and manufacturing respiratory protection equipment, including gas masks, since World War One - nearly 100 years. The company was also responsible for the manufacture of civilian gas masks for the British population during the Second World War - a manufacturing operation on an almost unprecedented scale, before or since.

So from then until now gas masks have become as much a part of military personnel equipment as the rifle, flak vest and helmet. And like any item of sophisticated military equipment, it requires full training in usage, maintenance and servicing to ensure efficiency and to preserve their full protective and safety critical qualities.

At first sight a modern gas mask doesn’t look that different from one of nearly 100 years ago. It still comprises a face covering with protective eye pieces and a filtering device, all of which appears at odds with the high tech weaponry of today’s modern armoury.

The mask itself has evolved with the use of chemical resistant rubbers as the key material for its construction. Rubber is used because of its flexibility and durability and also because it is able to create an airtight seal around the face. Today’s modern mask is also designed for greater comfort with built in drinking facilities and two way radio communications.  While technological advances like voice projection and heads up displays are now being worked on.

Visual protection under all extremes is also essential with the use of toughened, scratch resistant polycarbonate or polyurethane visors, often with tinted outserts to protect the wearer against UV or laser beams.

The filter is the key component to the efficacy of any gas mask, as it always has been.  Original masks from the First and Second World Wars used materials ranging from gauze, asbestos fibres and paper filters to remove particulate materials. The challenge is to create a subsequent layer of materials – charcoal being particularly effective - to filter out the chemical compounds that constitute toxic gases and vapours.

Avon is at the forefront of filter technology to ensure that its masks can cope with all extremes of CBRN.  To guard against a biological threat, a very fine particulate filter is needed. An anthrax bacteria or spore, for example, might have a minimum size of one micron. So Avon’s particulate filters remove particle sizes as small as 0.003 microns – nano-particle size!

Wearer comfort is a key factor in modern mask design.  The first thing a wearer notices when donning a mask is that normal breathing is slightly restricted because the wearer has to work hard to pull air through the filter materials which are removing the noxious particulates and gases in the atmosphere.  For a normal, fit military, police or emergency operator that poses no problem.  However, when it comes to activities that demand extreme exertion on the battlefield or in a confrontational scenario, then a supplementary air supply can be of real assistance.  And because traditional powered air supply systems can be bulky for active service, Avon has pioneered new powered compact systems that are light and easy to carry.

Avon Protection is supporting the commercial success of its new generation 50 series of CBRN masks and SCBA systems with the roll-out of a major new global training and servicing program. To date Avon has completed training programmes for select military and security units for the Danish military, the  Sultanate of Brunei, Thailand, Singapore.

The training programme is designed to provide individuals with the knowledge and expertise to be able to use and maintain the mask correctly, thereby improving the mask’s life and performance. The training also includes proper sizing and fitting of the mask, instructions on its operational use, complete service and maintenance including routine checks, cleaning and storage, the use of accessories and procedures for the removal and fitting of replacement parts.

John Penton, Market Development manager, who heads up the Avon training programme says, “Here at Avon, we believe that if a mask is to fully protect its wearer every time it is put on, full training must be completed on how to wear it properly and equally important, how to maintain it. By doing this, we are able to increase and improve the capability of the mask, enhancing its life,  and protection performance as well as bringing down the lifetime cost.”

The Avon training programme is operating globally at two levels.  The first is an operative training course, for up to 10 students, which is tailored for initial product fielding and use.  This focuses on the end-user perspective and includes exercises on fast and efficient donning, cleaning, maintenance and storage; all vital aspects of safety and protection and to prolong mask lifetime efficiency.

The second tier of the training programme provides for whole life maintenance and servicing.  Avon has built up a global network of national service centres, and will focus on equipment requirements, detailed training servicing schedules, service and maintenance tooling, product testing requirements and test equipment training. Both plans are supported with student notes and product training DVDs, where applicable.

Masks are typically tested for fit prior to actual use. After a mask is fitted, it is often tested via various challenge agents. Isoamyl acetate, a synthetic banana flavoring, and camphor are often used as innocuous challenge agents. In the military, the use of tear gases such as CN, CS, and stannic chloride in a chamber may be used to give the users confidence in the standard of protection provided by the mask.

Avon’s basic key points for any user are as follows:

These types of test referred to as qualitative tests rely on the wearer’s ability to sense the test agent used. Quantitative test methods providing a scientific measurement of fit are more reliable and are the preferred choice of fit checking. The most well known fit checking system in service is the Portacount tester manufactured by TSi. This tester is simple to use in military field environments and provides a real time measurement of the wearers fit to the mask.

John Penton continues, “Military preparedness for the unlikely is a vital part of first line of defence. The fact that most modern armed forces today are equipped with full respiratory protection against chemical, biological nuclear and radiological agents has probably diminished the chances of their use in standard theatres of war.  But their manufacture and use by a rogue state or a terrorist organization will always remain a possibility, and one for which all military and emergency forces must be in a permanent state of readiness.”

However, Avon’s growing market success is moving outside the military arena. The CBRN protection market has now extended outside the immediate military arena as toxic gases are a recognised danger to industrial workers like those in the gas, mine and oil industries. Modern police forces too, especially those who conduct covert operations involving drugs or other noxious substances, also need to protect themselves with effective respiratory support.  Likewise, riot police who use tear gas for crowd control need protection from its effects. Whilst military organisations are often well prepared and trained, first responder groups are often less aware of the methods and equipment used in such situations. Avon sees a growing requirement for training within these user groups.

In more recent times, an even darker purpose for respiratory protection has emerged with the rise in chemical suicides. Easily accessible knowledge on the internet has enabled would-be suicides to identify certain common household chemicals to formulate sulphur dioxide or chlorine gases for self asphyxiation.   In the first half of 2009 alone, over 500 people committed suicide in this way, taking their instructions on the mixing of the deadly substances from a number of Internet sites that have become available. Yet this is a threat that, Avon believes, emergency services like police and ambulance crews, are currently failing to be equipped and trained against.

John Penton is adamant of the important role that Avon Protection plays in an increasingly dangerous world. “It is true that we prepare the military, governments and the emergency services for the unthinkable. But as our news media tells us with greater regularity, the unthinkable happens.  And we have to make sure that our defenders and carers are ready for it when it does.” 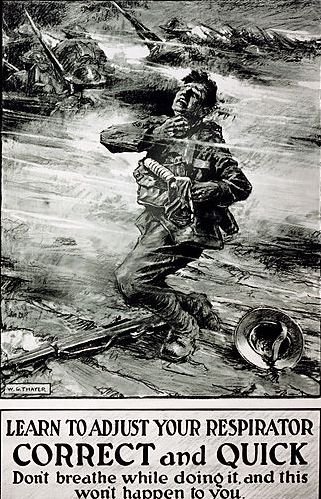