CP Cases - Built to serve and protect in the field

As part of the European Civilian Defence, the Italian Ministry of Interior is making their contribution with their Urban Search and Rescue teams (USAR).

Italian USAR teams are tasked for immediate intervention in case of natural disaster, deploying both in the homeland and abroad. Accordingly, they are in constant state of operational readiness and qualified for air lift operations, using It.A.F. C130 and C27 aircrafts. Rapid deployment of equipment that is both secure and easy to transport is imperative and this is where CP Cases works to ease the stress on operations.

Amazon cases plays a vital role in keeping all their equipment and hardware neatly stored and ready to move, sorted on the base of the operational profile expected in the specific mission. The entire spectrum of USAR equipment is accommodated: e.g. hydraulic tools, radios, tents, lights, thermal cameras, sensors and computers for human rescue, first aid medical devices.

The Italian Fire Service USAR organisation is composed of four heavy teams, 12 medium teams and 45 light teams (some of them still under construction). All of them trust in the capabilities of Amazon.

The Amazon range is appreciated by the USAR teams for their sturdiness, capability to sustain rough handling and to carry super- heavy loads, like the structural lifting equipment.

Also appreciated, Amazon cases are qualified for being airlifted due to the airworthiness certification according to ATA 300 regulations and are supplied with and without engineered foam internals, manufactured specifically to be fit for purpose. The cases have proved such a success that all the Italian USAR teams are equipped with Amazon cases with over 300 cases supplied to the USAR teams, in various locations across Italy.

The kits have been pivotal for teams to attend several national crises and natural disasters in recent history including the earthquake in central Italy in August 2016, the avalanche at Rigopiano in January 2017 and most recently at the tragic collapse of the bridge in Genoa in August of this year.

Examples of the deployment of Amazon cases during training manoeuvres and Italian domestic and International incidents, are countless. 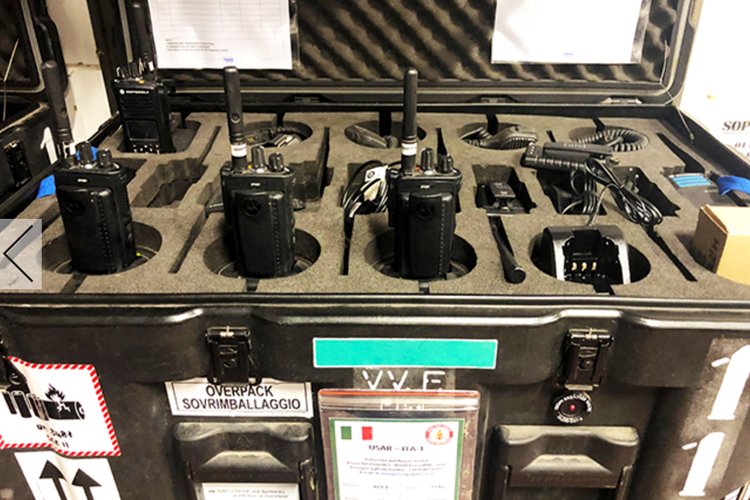 CP Cases - Built to serve and protect in the field