‘The ISBe 6.7 360 hp enables advanced logistics vehicles which are frequently more and more ‘tech’ heavy to have the power to perform in theatre, and able to climb steep inclines at high altitude whilst maintaining power. The size of the engine has not increased and neither has the weight, allowing for an excellent improvement in power-to-weight ratio compared to other engines in its class,’ says Dave Hurley, Defence Marketing Manager. With an impressive 811 lb-ft max. torque (1100 Nm) the ISBe 6.7 360 hp provides an ideal solution for any armoured personnel carrier, fast response or amphibious vehicle.

The engine was initially developed with BAE Systems Land Systems South Africa for the RG31 Mk 6, a 4x4 armoured and mine protected vehicle. With a V-shaped hull, the vehicle allows for excellent levels of protection. Capable of speeds of up to 60 mph (96 kph) on open roads, and 25 mph (40 kph) off-road, the RG31 allows for fast response when it is needed most. The ability to climb steep inclines of up to 60% and maintaining speed in rough terrain is of key importance in this application. An order of over 70 finished engines has just left the Cummins production plant in Darlington, UK, for up-fit.

The Cummins B series engine family is well known for its reliability, with over 30,000 engines of this class running in defence applications across the world. The ISBe 6.7 360 hp is derived from a durable and experienced platform, which is used for multiple purposes every day.

Maintaining the same size and characteristics the newly rated engine is easy to maintain for those currently running Cummins powered fleets. With the envelope size unchanged there is also the possibility to remove any existing B series engine and re-power vehicles with the higher rated product. The ISBe 6.7 360 hp is now available for use anywhere in the world where the military has exemption to emissions regulations or in non emissionised regions. 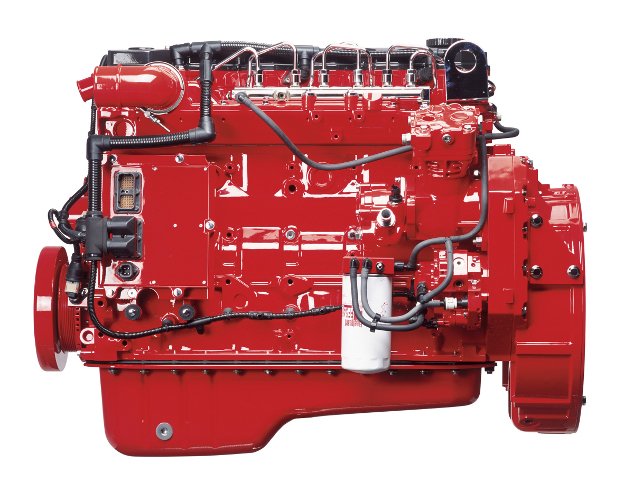