Deployable Fuel and Water Stations on Display at DVD

Multimodal solutions deployed in theatre on show on Stand SP-25

Fuel and water logistics solutions from WEW are on display on stand SP-25 at DVD being held at Millbrook Proving Ground, Bedford on 20th and 21st June.

The fuel solution or fuel dispensing racks (FDR) on display are in-service with the UK in Afghanistan where units are deployed at Camp Bastion and in the forward operating bases.  These 10,000 litre MOTS (military off the shelf) units are fitted with integral pumping systems enabling them to function as a mobile fuel station wherever required.

The units are designed to be intermodal, able to be deployed by EPLS (enhanced pallet load system), stacked on board a ship or transported by rail. The FDRs are fitted with two hose reels and an environmental protection kit. The UK ordered the fuel system as a UOR in 2009 and subsequently purchased a further 10 in 2011, all of which have been delivered.

Alongside the FDR is a 10m3 water solution in service with the German Bundeswher.  This multimodal system is fitted with an electric pump, tank heating system and a diesel generator.  Like the fuel solution it is designed to be a ‘drop and go’ water station deployed into forward operating bases.

WEW’s deployable water solutions can be equipped with chlorination and UV radiation units, reverse osmosis/ultra filtration units to deliver potable water from any source, including brackish/sea or CBRN affected supplies. Variants of the system shown are in service with six armies worldwide. 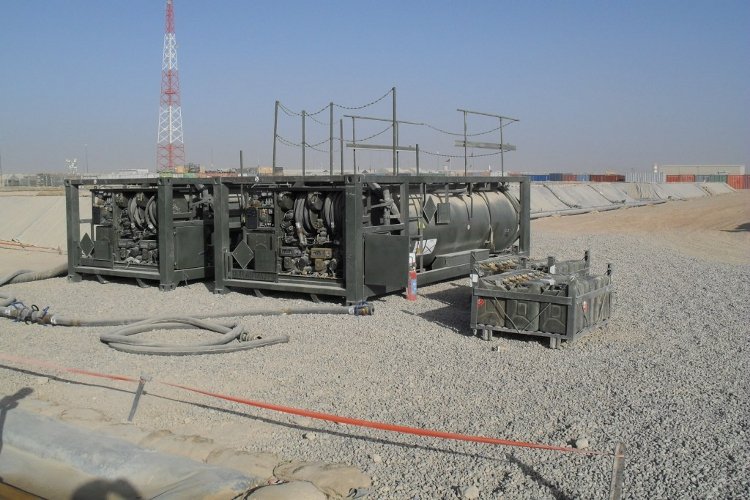