A recently posted “You Tube” training clip shows the commandos in action undertaking a series of marine boarding exercises in preparation for anti-drug smuggling or piracy threats. Included is a task force masking up to foil a suspected CBRN terrorist threat and to confront and apprehend the operators.

The Avon ST53 was chosen for the French commando force with good reason as it combines Avon Protection's FM53 mask technology with an advanced modular breathing apparatus. This enables positive pressure SCBA and/or PAPR capability for specialist operations, particularly where stealth is paramount for marine boarding activities.

Developed with the unknown elements of a threat scenario in mind, the ST53 is the most advanced CBRN respiratory solution on the market.  It enables a fast response to changing operational conditions in one complete modular system.

According to Matt Evans, Avon’s Commercial Director, “France’s naval commando force are probably one of the world’s most highly trained teams for combating marine based threats and terrorist attacks. They have built an enviable record for overcoming criminal threats and activities on the high seas including drug smuggling, piracy and kidnap. So naturally, Avon is extremely proud that they have chosen Avon’s mask and SCBA system, which we claim to be the most technically advanced system on the global market.” 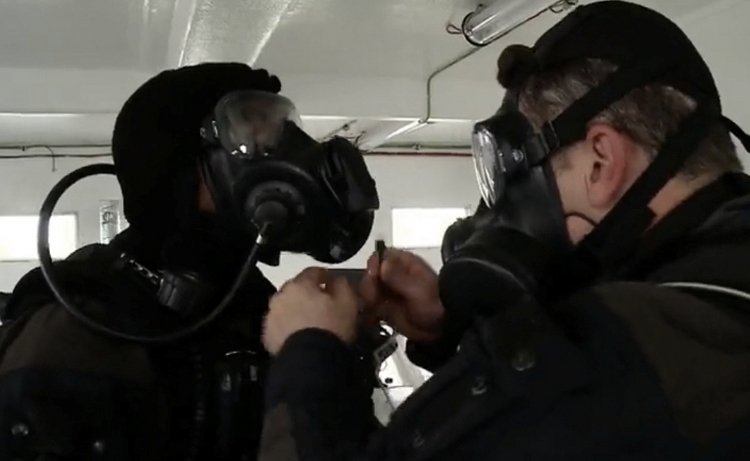 Marine Commandos with the Avon ST53 Mask and Respiratory System