Eurosatory 2014 (16-20 June) provides Iveco Defence Vehicles with the opportunity to acquaint both existing customers and other visitors with the most recent developments in our product range and our latest commercial successes.

Based on a ballistic steel monocoque hull design, the 6x6 VBTP family of 17-20t Medium Armoured Vehicles offers performance and protection levels which fully meet the demands of current and future operations.

Iveco Defence Vehicles has signed a contract with the Brazilian Army for the supply of 2044 units of the base VBTP model.

In response to changing threats and the evolving operational environment, Iveco Defence Vehicles has worked with KMW to develop a medium weight protected platform with the payload, protection.

Capacity and mobility to undertake a range of specialist applications, such as route clearance and casualty treatment. Available in 4 x 4 and 6 x 6 models, the MPV design is based on the Iveco Trakker military off the shelf truck chassis, combined with a ballistic steel protected crew cell.

The modular design of the LMV has enabled Iveco’s engineering team to implement the vehicle family approach which has always underpinned the LMV design concept, accommodating a wide variety of developments demanded by the user.

Following the fourth LAV procurement by the Norwegian Armed Forces in 2013, Iveco has developed a new version of its LMV.

With its new driveline offering higher performance and a new air filtration system, the LAV 4th generation incorporates all the lessons learned from the field, providing more payload, better performance and higher reliability.

Fitted with a lightweight loadbed. This ‘pick up’ version compliments the 4 man cab LMV, but is focused on providing a higher payload. This variant of the LMV retains the standard protection levels and provides an outstanding payload capacity of up to 2600kg.

The LOV-CBRN is a of Iveco’s Light Multirole Vehicle new version specifically developed for the Czech Army to perform chemical and radiation reconnaissance while on the move, and chemical, biological and radiation observation at the halt.

The LOV is being demonstrated live in the outdoor dynamic area.

The Iveco Trakker range is much sought after for civil on-road and heavy duty applications and has proved particularly suitable for adaptation to military missions. It is available in a large number of variants, and can be fitted with an armoured cab. Currently, it is operated by ten leading NATO countries.

Compatible with military single fuel New operations. In addition to its Euro-6 compliant, best-in-class environmental performance, the new Trakker on display offers many user focused enhancements and reduced TCO. New features including DAS/DSE/DRL/LDW and many more will be unveiled to a military audience for the first time at Eurosatory.

On display features a of new design multifunctional bodywork and an innovative new interior cab design. The cab houses advanced C4-ISR-systems including
ECM, and is fitted for a RCWS. The vehicle has been tested and approved by the Bundeswehr and series production has already started.

The High Mobility 8x8 will be displayed in two versions featuring two different appliqué armoured cabs, ensuring that the vehicle provides the crew with the maximum flexibility in trade-offs between protection and payload.

The recovery vehicle on display is a Porteur Polyvalent Lourd de Dépannage (PPLD ) and is part of of the « Porteurs Polyvalents Terrestres » (PPT) programme awarded in 2010 to Iveco Defence Vehicles and the French company Soframe - a subsidiary of the Alsatian Lohr Group.

The vehicle on display is part of a batch of 169 vehicles ordered by the Italian Army including 4x4 and 8x8 versions in various configurations. 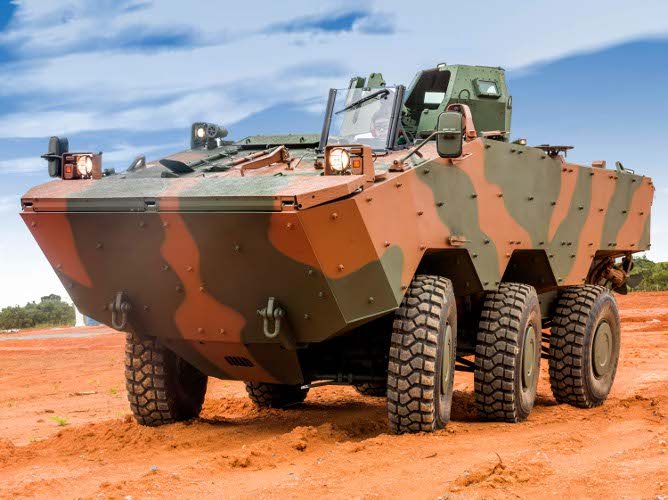