Iveco Defence Vehicles announces that on May 27, 2015 the Spanish Army and Iveco signed a contract for the supply of multi-purpose military trucks to the Spanish armed forces. The tender invitation was issued in 2014 by the Ministerio de la Defensa, Ejercito de Tierra and resulted in the selection of Iveco Defence Vehicles, whose bid was rated as the best in technical and economic terms, after three months of intensive on and off road trials.

The frame contract includes about 700 units to be supplied with optional subsequent releases over the next six years.

The contract comprises many model variants, including 4x4, 6x6 and 8x8 vehicles from Iveco’s high-mobility range of trucks which will be supplied in different configurations including various types of demountable hook-lift body work, cranes for the recovery of military vehicles, fuel tankers and load handling systems.

The vehicles will be supplied with protected and unprotected cabs which are interchangeable and can be mounted on all chassis according to the assessed level of threat. The cabs also offer a high level of crew comfort and are designed to accommodate a variety of modern military communication and command systems.

The new contract includes the Integrated Logistic Support of vehicles. The aim is to develop and broaden the cooperation between Iveco and the Spanish Ministry of Defence, providing assistance to Iveco vehicles in service with the Ejercito de Tierra.

The award of this contract cements the company’s long relationship (over 75 years) with the Spanish MoD, enhancing its position as a key industry supplier of the FAS (Fuerzas Armadas Españolas). In the last 10 years, Iveco Defence Vehicles Spain has delivered nearly 2,400 vehicles from its product range, among which 270 LMVs (Light Multirole Vehicles) and several hundred high mobility trucks. 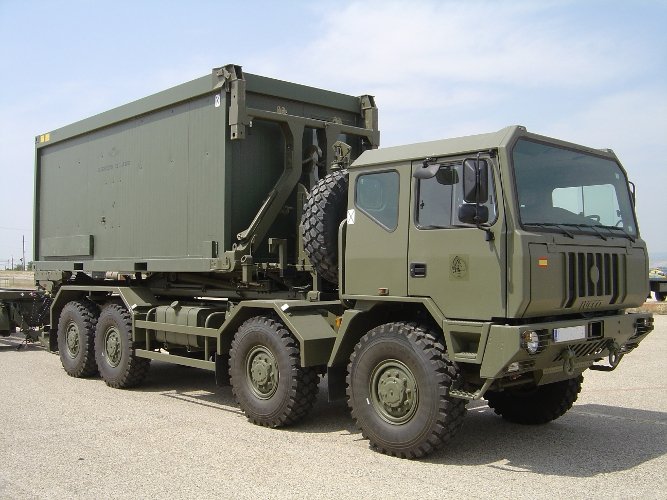