The General Authority for Military Industries (GAMI), founder of Saudi Arabia’s World Defense Show, has announced a venue expansion amid unprecedented exhibitor demand for space at the inaugural event.

With less than four months to go until the show, organizers confirmed the expansion of Exhibition Hall 1 – adding more than 14,500 additional sqm for international defense companies looking to exhibit.

Construction of the purpose-built 800,000 sqm site – featuring the world’s first dedicated runway for a defense event – is on track for completion by end of December 2021. The show will host more than 800 exhibitors including 100 local defense companies, with a series of senior military delegations and officials set to attend. 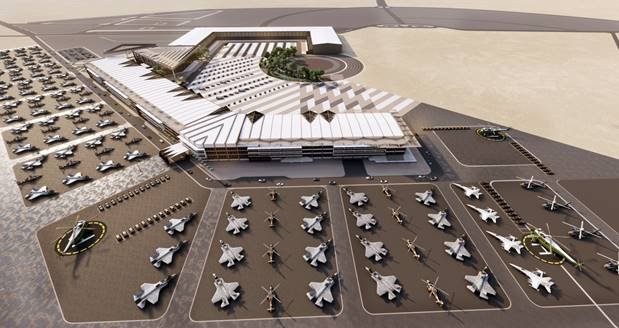