AB Precision (Poole) Ltd, (ABP) an integral part of the highly successful HWH Investments Group.  The current portfolio of bespoke engineering companies encompass operations in the United Kingdom, United States of America, Germany, Brazil, China, India and Australia, with a turnover in excess of £90 million (US$ 140 million).
Established in 1966, ABP designs and manufactures a wide range of homeland security products for Military,  Police and security end users worldwide including disruptors, robotic vehicles (ROV’s) and a range of EOD tools.

Many of ABP’s products are ‘in service’ with the UK MOD, including its long standing family of disruptors comprising Needle, Pigstick & Hotrod. In addition to our robotic vehicles, also in operation ‘in theatre’.

In recent years the disruptor products have been developed and expanded to include both recoilless and most recently lightweight versions.  These compliment the nature of today’s requirements to keep kit weight to a minimum whilst not compromising performance.

A new development of the highly successful Needle.  Needle Plus has the advantage of a redesigned breach allowing simpler operation, in line with the Pigstick and Hotrod, also reducing training time.  The Needle Plus can also be deployed from a robot, mounted in a purpose designed stand or placed on a sandbag.  Also available in a lightweight version.  Needle can fire the Flying Scalpel to allow a non conductive ceramic blade to remotely cut a command wire or cable.

A conventional disruptor designed to disrupt small envelopes, packages and items.  Can be deployed from a robot, mounted in a purpose designed stand or simply placed on a sandbag.  Also available in a lightweight version.  Needle can fire the Flying Scalpel to allow a non conductive ceramic blade to remotely cut command wire or cable.

The disruptor of choice for many operators, used in the main training schools and deployed with forces worldwide the Pigstick is both simple to set up and easy to deploy.  Typically used against briefcases and small parcels etc.  A conventional disruptor which can be stand mounted or carried on an ROV.  A new lightweight version weighs only .93kg (stainless steel version 2.95kg) allows a team greater flexibility and the ability to carry less payload. Due to the recoil a new restraint parachute system has been introduced.

The largest standard (1) disruptor in the conventional range.  Hotrod compliments both its smaller ‘family’ members (Needle and Pigstick) in providing the greatest capability for use against thicker walled packages, suitcases etc. Stand or ROV mounted to provide the ultimate power in a conventional disruptor.  A new lightweight version weighs only 1.6 kg (stainless steel version 3.5kg). Due to the recoil a new restraint parachute system has been introduced.

(1)    Other more powerful disruptors are available.

Introduced in 2009 (I think about 2004) the ABL2000 offers all the benefits of a Pigstick in terms of ease of use and operational characteristics but has the additional advantage of being 100% recoilless.  The ABL2000 can be simply fired off a sandbag, stand mounted or carried on a wide selection of ROV’s including Cyclops and Guardian.  A trained operator can set up the ABL2000 ready for firing in less than 2 minutes. A new lightweight version weighs only 1.6 kg (stainless steel version 3.2kg).

Proving a significant increase in performance over the ABL2000 this larger disruptor is suitable for dealing with Hotrod type targets but offering the advantages of a fully recoilless disruptor. The ABL3000 can be simply fired off a sandbag, stand mounted or carried on a wide selection of ROV’s including Cyclops and Guardian. A new lightweight version weighs only 3.2 kg (stainless steel version 4.2kg).

By simply varying the front barrel the ABL2000 & ABL3000 can be used in two additional configurations.  A de-armer barrel allows the firing of slugs, fork and a blade whilst the SBA barrel permits up to a 5m stand off from a target.  Aiming is by a day visible laser fitted to the disruptor barrel.

A development of the ABL3000 offering Stand back attack distances of up to 30 metres using a “Rifle Sight” aiming system which can be operated in manual mode (with local video display) or interface with the video system on an ROV providing a remote aiming capability. An infra-red light system is also available for covert night time use. Utilises standard ABL3000 de-armer barrel and standard ammunition.

ABP’s largest recoil reduced disruptor, only manufactured in titanium to keep the weight to a minimum.  The ABL 4000 is specifically designed to deal with the highest level targets where penetration of a thick walled device is required.

Mantis is an ultra lightweight disposable disruptor that defeats Improvised Explosive Devices (IED’s) with consistent reliability. Mantis performance is broadly comparable to Pigstick Performance. Mantis is designed for applications where weight and ease of deployment are critical such as Special Forces operations.

Scorpion is an ultra lightweight disposable disruptor that defeats Improvised Explosive Devices (IED’s) with consistent reliability. Scorpion performance is broadly comparable to Hotrod Performance. Scorpion is designed for applications where weight and ease of deployment are critical such as Special Forces operations.

Our Remotely Operated Vehicles (ROV) fleet includes the Cyclops - recent versions of which serve with the UK MoD as 'Chevette' - and the more recent addition the Guardian. Designed to work in confined spaces such as aircraft and trains, the Cyclops /Guardian have been developed enabling the mounting of up to four weapons, a manipulator or a combination of both, as well as real-time x-ray equipment and a variety of detectors including chemical and explosives vapour and radiation detectors.

Portable and compact, the addition of a big wheel kit to the standard Mk4D Cyclops and Guardian increases versatility and makes it suitable for use by rapid response teams in areas not accessible to the carrier vehicle. Both offer excellent stair climbing abilities and are controlled via either an RF link or fibre optic command cable.  Now available as fully digital platforms with COFDM radios.

The Dragon (ABL900) de-armer render a variety of air dropped munitions, land service ammunition and IED’s safe. This is achieved by projecting appropriately shaped steel slugs at high velocity into the fuzes or pistols of conventional munitions or into the bodies of IED’s.

Limpet Mine Disposal Equipment has been specifically developed to disrupt thin cased mines typically attached to the hull or structure of a target vessel or installation. Based on the proven foundations of our Pigstick disruptor, the LMDE is supplied with a magnetic mounting stand and floats to allow deployment and attachment by a diver.

Minex is a handheld exploder designed to initiate detonators such as the L2A1. Currently in use with the UK MoD and other Special Forces worldwide, the exploder is engineered to provide ease-of-use in challenging environments. Minex can be supplied with a Shock Tube Adaptor, enabling initiation of Non-Electric (Nonel) shock tube products for maximum operator flexibility.

ABP’s AWCS is a high integrity, flexible cutting system currently in use by the UK MoD. Developed for use in Explosive Ordnance Disposal (EOD) or other hazardous applications, the AWCS enables EOD operators to remotely carry out decommissioning operations on uncleared and unexploded munitions in a safe and controlled environment.  Specifically designed to work in harsh environments, including operation in hot and cold climates and up to three metres of seawater.

In service with the UK MoD and security agencies around the world, the ABP Crimp Tool is designed to crimp detonators and igniters to safety fuses. Crimps Igniferous detonators to safety fuse with consistent reliability.  Design incorporates features to allow additional functionality as a wire stripper, wire cutter, screwdriver or rectifier.

The ABL700 is designed for locating Anti-Personnel Mines in situations where a magnetic device could detonate a mine. Currently in use with the UK MoD and security agencies around the world, the ABL700 is a popular military tool designed to withstand the rigors of today’s most challenging environments and can locates mines buried at depths of up to 250mm.

Designed for use with Unexploded Ordnances (UXO’s) where magnetic fields may increase the threat of detonation, the Non-Magnetic Toolkit delivers a comprehensive set of tooling for high-risk environments.  Non-Magnetic to eliminate risk of detonation in magnetic-sensitive environments.  Available as 36, 85 or 100 piece kit, can be requested in imperial, metric or both size standards, guaranteed against STANAG 2897 Annex C. 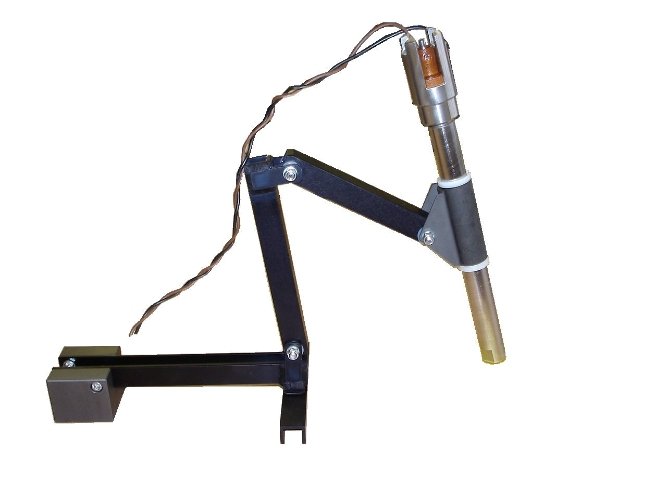 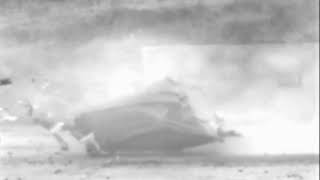 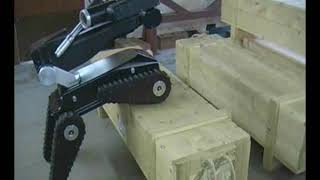 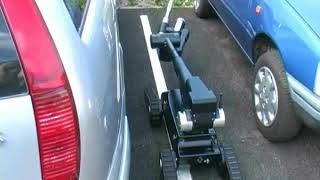 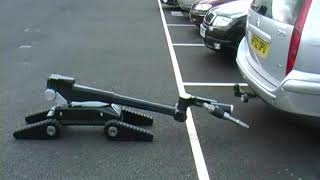 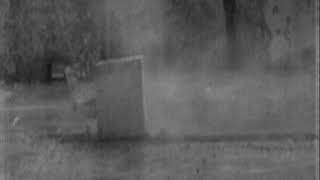 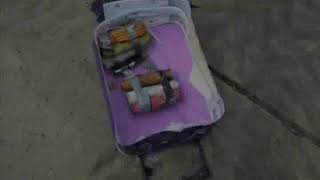 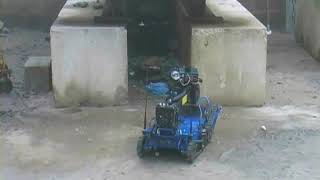