Biological and Chemical Detection for the Field (and real life)

Proengin has developed biological and chemical warfare agents field detectors using flame spectrophotometry. The well-known and world widely used AP2C has proven the capacity of that technology to be the most reliable on the field with the lowest false alarm rate and the simplest ease of use.

New developments such as the AP4C have extended the capacity of that technology to include chemical warfare agents and toxic industrial material in a simultaneous mode. There is no limitation in number of gas detected by the AP4C. All nerve agents, all blister agents and all blood agents can be detected by AP4C within the requirements of response time and sensitivity of NATO recommendations.

The AP4C has extended the range of chemicals that can be detected by Proengin chemical detectors. All dangerous compounds containing Sulfur, Phosphorous, Arsenic and/or HNO chemical bond can be detected in a simultaneous way. Of course, as for the AP2C, the AP4C has the capacity to work in very severe environmental conditions (explosive areas) and the measurements are unaffected by high humidity levels or by the presence of other organic chemical compounds such as paint.

The AP4C technology allows the simultaneous detection of an unlimited number of gas and the identification of the chemical elements that constitute these chemicals. It is therefore possible to detect impure agents or chemicals manufactured by terrorists that would not fit into traditional libraries of other detectors.

Moreover AP4C will detect without upgrade new agents that will be developed in the future, as well as still not precisely known agents like Novichok agents (or Non Traditional agents).

The response time is among the shortest on the market, but what makes the AP4C unique is the recovery time after a positive detection.
The AP4C is therefore the chemical detector that has the highest level of availability of the field.

Grateful to its remarkable performances, AP4C has been derived on other detectors, dedicated to the following uses:

AP4C-V For use on Reconnaissance Vehicles and Battle Tanks

Based on the same detection technology and the same internal design, air entrance has been designed to face high wind: AP4C-V is able to take in representative sample of the outside air, even with a direct cumulated wind and speed of 100 km/h. Data are shown on easy to understand control box or directly on the control computer of the vehicle.
Sensitivity, short time to answer, low false alarm rate and short recovery time are the same as for AP4C, making AP4C-V the perfect detector for all kinds of reconnaissance missions and battle field exploration.

AP4C-F For use Aboard Naval Ships

At sea, ANEP-57 recommendations stipulate the availability of both fixed and mobile means of chemical detection. As AP4C is the perfect mobile chemical detector for contamination control, the use of AP4C-F provides the naval ships with reliable and efficient chemical detection. This ruggedized detector shows the same detection performances as the AP4C, with 2 supplementary features. It produces its consumable gas by electrolysis, thus lightening daily maintenance, and more than an alarm, is able to trigger the ventilation of the vessels, thus protecting the citadel from the chemical danger. The AP4C-F is able to be operated on open deck, with the same performances.

National palaces, courts and parliaments are more and more equipped with fixed chemical detectors. AP4C-F, being able to be operated on naval citadels, is of course able to provide the same detection and protection on terra firma, for this kind of critical buildings.

The very liable MAB has been designed to be mounted on track vehicles. It is insensitive to diesel exhausts.

As all Proengin products and thanks to the flame spectrophotometry technology, MAB is running in very severe outside conditions, shows the lowest false alarm rates (negative and positive) and requires reduced maintenance. It shows such a high level of availability.

Government premises, courts and parliaments are also more and more equipped with fixed chemical and biological detectors. AP4C-FB combines both chemical detection as for the AP4C-F, and biological alarm as for the MAB. This detector may be associated with a radiological probe, featuring the all in one full CBRN detector. 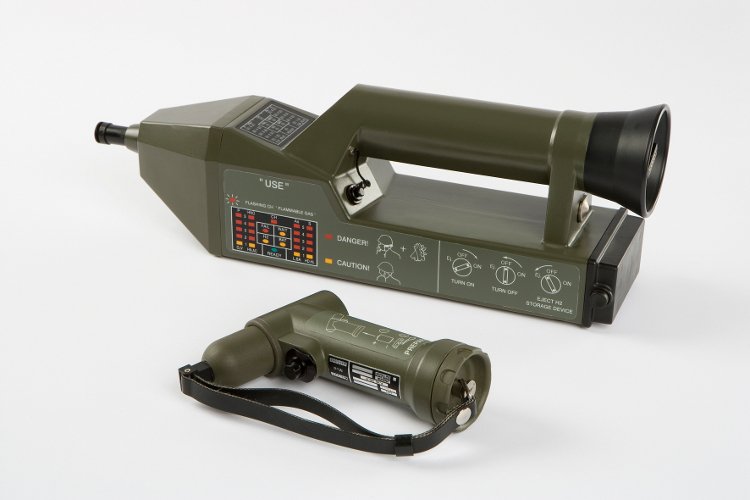