EOS Defence Systems is the defence division of Electro Optic Systems and one of Australia’s largest defence export companies.

EOS’ product strategy is focused on designing an improved system based on operating the heaviest weapon possible on the lightest vehicle possible at the least cost possible. Five years of research and development produced the current R400 capable of mounting a 30mm cannon and hitting moving targets from a moving vehicle at 2000m. No other 'like system' in the world can do the same.

In terms of product development, we have designed our key technologies to include best-in-class components. Systems are architecture-agnostic – able to be integrated with Victor, GVA or customer-specified systems as well as being platform agnostic and not tied to any specific weapon, sub-system or interface systems.

Modularity is key, allowing EOS to tailor systems that exactly meet customer requirements, while the employment of common line replaceable units and operator interfaces keep acquisition, training and life-cycle costs down, but not at the expense of operational efficiency or reliability.

By integrating further sensors, such as radars, passive Radio Frequency (RF) sensors, automatic movement detection, and acoustic shot detectors, the RWS transforms into an even more flexible system that can perform many more missions than originally intended.

EOS’s expertise in stabilised systems that can react rapidly and precisely under challenging conditions has placed it at the forefront of CUAS technology.

Part of the Multi-Mission Enhancement effort is to provide a highly effective CUAS capability with both hard and soft-kill effectors against small UASs at ranges of up to 1,500 metres. Some EOS RWSs have been modified with a fourth-axis independently slewing sensor unit that can move independently in azimuth to track fast-moving targets.

Soft-kill options are based on RF jamming or vehicle capture, in which the UAS’s video link and control signals can be disrupted or taken over, with the vehicle forced to land or crash, or return to its operator. RF receivers also provide a means of passively detecting the UASs.

Adding sensors to the RWS’s own imaging suite opens up many more mission possibilities. An

RF receiver suite turns the enhanced RWS into a crucial signal detection platform in the battlefield against multiple RF sources, especially when networked with other receivers. Small format active radars – typically each covering a 90° sector – give the vehicle detection capabilities against UASs and other air targets, as well as personnel and ground vehicles. Radar also provides capability against rockets, artillery, mortars and missiles, enabling the vehicle to operate in a force protection role.

Beyond these systems, EOS is also exploring the potential of directed energy effectors. Both high-power microwave and high-energy lasers can offer significant benefits in the battlefield in general, and in the CUAS mission in particular. Areas for study are not just focused on the directed energy weapons themselves, but on how they can best be employed alongside traditional kinetic systems.

Precise mobile engagements up to 2km with 30mm lethality are now a reality.

The R600S is a heavier remote weapon system capable of housing two weapons for maximum firepower, mission flexibility and respon

EOS Defence Systems is a world leader in the development and manufacture of precise Sensor and Lethality Systems. 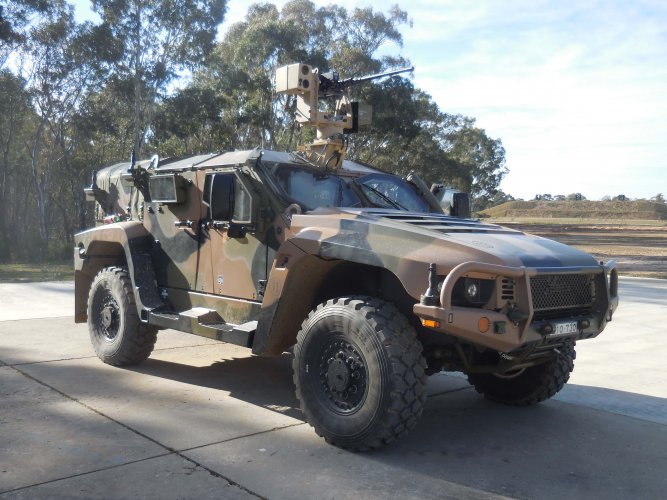