ULIS’ thermal imaging sensors rely on amorphous silicon microbolometer technology to convert infrared (IR) radiation into visible images.  This enables targets to be identified during the day and night, in adverse weather conditions and over distances of several kilometers, depending on the optics in the thermal camera.

Easy to use high-resolution thermal imaging products that solve SWaP-C (Size, Weight, Power and Cost) reductions mark the qualities of the ULIS brand.

The high spatial uniformity of ULIS’ microbolometer technology, a key parameter for high-resolution imaging, makes its IR imaging sensors particularly effective for military applications, allowing soldiers to locate and identify targets faster and more accurately during the day and night, and through fog and smoke.

By relying on amorphous silicon, a robust and reliable semiconductor material proven for its industrial production capacity, ULIS achieves large-scale manufacturing, which is one of its differentiators in the market.  This large-scale production capacity is enabling it to meet the growing demand from commercial and defense markets for IR equipment that consumes little power, lightweight and affordable.

ULIS is active in security and surveillance, energy management and in the thermography, defense and automotive markets. Hundreds of thousands of its products are used to detect threats and thereby protect property, industrial sites, national borders and commuter systems as well as military personnel in combat zones.

Thermal image sensors are made up of pixels that absorb thermal radiation. Each pixel acts like a thermometer. Each one will then increase in temperature, whereupon the temperature difference can be measured.

ULIS’ microbolometer technology is based on this temperature variation measurement. This method of measuring temperature variation means that the sensors using ULIS' microbolometer technology do not need cooling, unlike other technologies used to produce high sensitivity IR detectors, such as Indium Antimonide. These other IR technologies require cooling to maintain the IR chip at a low temperature to counter dark current, which keeps the IR detector working efficiently. Foregoing the necessity of a cooling system makes ULIS’ MEMS-based (microelectromechanical systems) sensors more affordable and highly suitable for large-volume applications. These include thermographic cameras used in building inspection and preventive maintenance, surveillance cameras, enhanced night vision driving and military applications, including handheld goggles.

Growth and Development
ULIS was founded in 2002. It is a spin-off from CEA-Leti, a leading European micro- and nanotechnologies R&D institution and Sofradir, the global leader in cooled IR detectors. ULIS began operations with a legacy of more than 40 years of infrared technology know-how and a long-established silicon manufacturing infrastructure. Located in Veurey-Voroize, France (close to major hi-tech center Grenoble), ULIS employs 160 staff and has access to close to 500 scientists and engineers from the CEA-Leti with which it continues to have a strong R&D partnership.

ULIS is a firm on the rise. It has more than 500,000 products deployed in the field. It has experienced double-digit compound growth since its founding. The company was among one of the first to deploy its thermal image sensors in cameras used to conduct health monitoring at Asian airports during the 2003 SARS outbreak. More recently, infrared cameras using ULIS products have been used to detect high body temperatures of passengers at airport terminals who might have contracted Ebola. Today, its product lines include military-grade IR sensors that are used in handheld goggles, thermal cameras for ground vehicle situation awareness and other military gear.

Similar to all manufacturers, the pressure to lower costs is unrelenting. Reducing the pixel pitch size while improving gains in performance has been ULIS’ main thrust.  It has accomplished a steady reduction in the pixel pitch size of its IR imaging sensors from 35 micron to 25 micron and then to 17-micron. ULIS was the first to introduce a 17-micron 1024 x 768 IR imaging sensors to the market. This megapixel product remains one of the largest thermal image sensor formats available.  It doubled the number pixels in the array over earlier models. With smaller pixel pitch sizes come two major advantages:

The Pico brand also makes higher thermal image resolution simpler and faster to install in professional cameras. This is due to its use of standardized communication protocols that are compatible with commercial camera systems.

Cost-saving measures
ULIS has pioneered technologies to enable customers to have price-competitive end-products. Early on, ULIS switched from metallic to ceramic IR sensor packaging that brought significant cost-savings. In conjunction with the CEA-Leti, ULIS has developed PLP (Pixel Level Packaging), a new wafer-based vacuum packaging. With this disruptive technology, ULIS can manufacture its pixels using the same semiconductor process step as the packaging. This makes the whole production cycle more efficient. The new packaging technique is expected to bring an additional 30% in cost-savings for end-customers.

All of these advances progressively make ULIS’ IR products more affordable and accessible to a wide-range of industry applications and attractive to procurers of military equipment increasingly turning to products that have their roots in the commercial world.
For more information, visit: http://www.ulis-ir.com 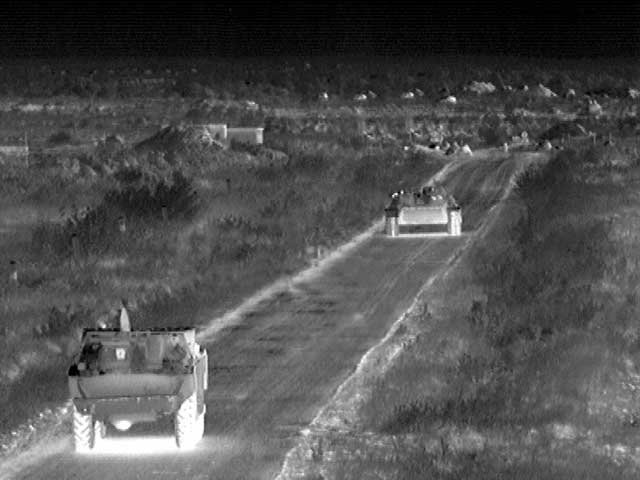