Defence engineering firm Aeronautical & General Instruments Limited (AGI) is pleased to have become one of the latest employers in the Southwest to be acknowledged by the Defence Employer Recognition Scheme (ERS) for demonstrating its commitment to being a forces friendly employer.

The three tiered government scheme encourages businesses to advocate their support for the Defence community. In order to receive its recent Bronze Level award, AGI has signed the Armed Forces Covenant which sets out the relationship between the nation, the government and the Armed Forces. It recognises that the whole nation has a moral obligation to members of the Armed Forces and their families, and it establishes how they should expect to be treated.

In signing the Covenant AGI have made several pledges including supporting the employment of veterans and service spouses/partners as well as accommodating the commitments of employees who are Reservists. AGI will advertise future roles on Ministry of Defence portal, the Career Transition Partnership (CTP) and in the wider Naval community, the charity White Ensign Association’s portal.

David Hyde, AGI Managing Director said: “we already have a number of staff that are veterans so it was a natural step for us to sign the Covenant and strengthen activities already taking place. We encourage future candidates to apply through these nationally recognized recruitment portals. Access to a large pool of skilled and experienced talent is a great win for an engineering company like ours operating in the defence industry. We also like to support our local community and this builds on AGI’s corporate social responsibility”.

Senior Project Manager, Neil Lewis who has been with AGI for just under a year said: “I was in the British Army for nearly 24 years completing my service as a Warrant Officer Class one. I have been able to transfer the skills I gained during my military career into my new role. It’s great to have a supportive employer like AGI and the camaraderie working alongside other veterans is a positive in my book”.

AGI supplies over 50 countries worldwide, manufacturing a wide variety of defence products and naval equipment. Founded in 1915, AGI has built up a reputation for high quality, well-engineered products that employ electronic, electromechanical and optical technologies. Its Naval products include Visual Landing Aids for Rotary, Fixed-Wing and Automated UAV Landing, as well as Meteorological and Navigational Systems. Its Aviation products include Civil and Military Portable Airfield Lighting, Safety OHM Meters and Weather Systems. AGI’s team of In Service Support Engineers provide the support services necessary throughout the life of the equipment, such as installation, commissioning, training and repairs.

You can learn more about the Armed Forces Covenant here: https://www.armedforcescovenant.gov.uk/ 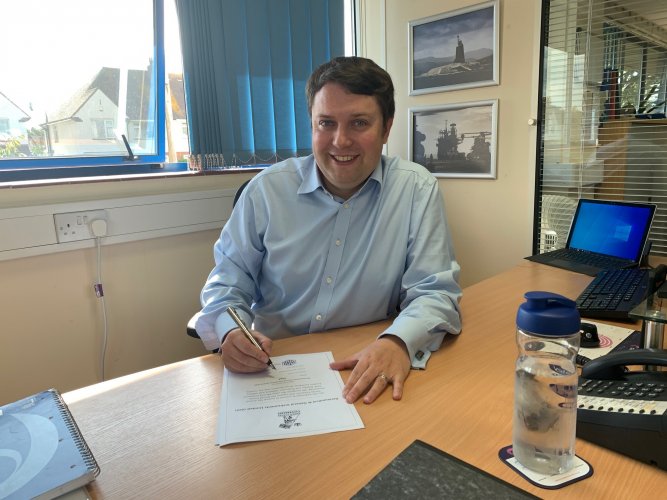