A CHRISTMAS PRESENT FOR RNAS YEOVILTON AND THE RNCMSUET “THE DUNKER”

In a contract placed  in June2020, the UK Ministry of Defence (MOD) ordered two  Helicopter Underwater Escape Training Systems (HUETS) from Survival Systems Limited (SSL), based in Dartmouth, Nova Scotia, Canada, for delivery to the Royal Navy Centre for Maritime SERE and Underwater Escape Training (RNCMSUET).  Manufacture is now complete, and the units have been sent to the North Pole ready for Santa to deliver.  The two HUETS requirements will be met by  SSL’s proprietary Modular Egress Training Simulator (METS®); a Model 5 represents the WILDCAT and similar aircraft.  To represent the MERLIN and similar aircraft SSL provided a Model 40.

To help Santa with his deliveries, the units were shipped to Yeovilton by international ISO Flat rack, rather than Santa’s sleigh. Regrettably the reindeer towing this load were unable to move as fast as when towing the sleigh, and the units arrived in January, still with a Christmas feel, and covered in frost. Commissioning and training commenced on arrival of the units and is now complete.

Paul Douglas, President and Chief Executive Officer of SSL, commented on the  delivery said “My thanks to all at SSL, MoD and the RN for the way in which we have been able to get on and deal with this order.  For all of us working; under different COVID regimes and time zones, often from unfamiliar locations, and with different working patterns, has been a challenge. Everyone has risen to it with understanding and flexibility. Well done to all concerned.” 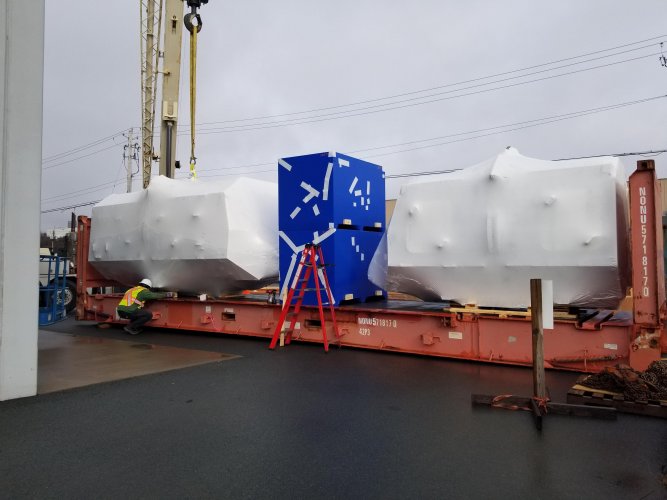