The Modular Egress Training Simulator (METS®) has variants that include:

The first METS® was introduced in 1987.  Since then, 115 METS® have been manufactured and distributed for commercial and military training use in more than 30 countries.

SSL is also the only company in the world that manufacturers truly personnel-rated lift systems for the METS® product line.  The first lift system was introduced in 2005, and now there are over 60 lift devices in more than 25 countries including the variants listed below.

Persons involved in over water mishaps have provided testimony that training in a METS® was instrumental in enabling them to survive an actual aircraft ditching.

SSL has been in business for 35 years and has been contracted for 115 METS®; 61 personnel-rated lift systems; 90 environmental training aids; 16 Survival Training Simulation Theaters (STST™) in more than 30 countries.  The company is a credible industry leader; renowned worldwide for its proven record; experience; on-time and within budget delivery; trust; survivor testimonials; client references; research into human factors; reputation; and ultimately, dedication to the preservation of workers’ lives.

The company has been contracted by powerful militaries on the bases of urgent requirement and sole source, proudly being designated as the “one and only responsible supplier”, and is the chosen contractor for all the United States Military’s Services across its Armed Forces.

SSL established a first-of-its-kind Survival Training Simulation Theatre (STST™) and R&D Center at its headquarters in Dartmouth, Canada, in 2005. SSL introduced Environmental Training Aids to enrich students’ training experiences to best prepare for a real water mishap and as a natural extension of its product lines.

This undertaking demonstrates even further SSL’s commitment to advanced training standards, high-fidelity and customized training simulators, and continued human factors research in the quest to improve the chance of survival from a water ditching.

Survival Systems Limited is a simulator, training, and R&D company.  The science of the human factors studies that we have performed for the last quarter century has driven the advancements in our technologies and training curriculum.

Innovation and a total systems approach to training have kept SSL at the leading edge of water safety training technologies.  Based on client’s confirmed needs, the company offers a wide array of consultation, products, and services.  The scope depends on the nature of the client, which may range from a start up operation to a sophisticated training center looking to upgrade its existing Helicopter Underwater Escape Trainer (HUET) technology with a METS® to introducing special effects such as wind, wave, parachute, and sound effects, for examples. 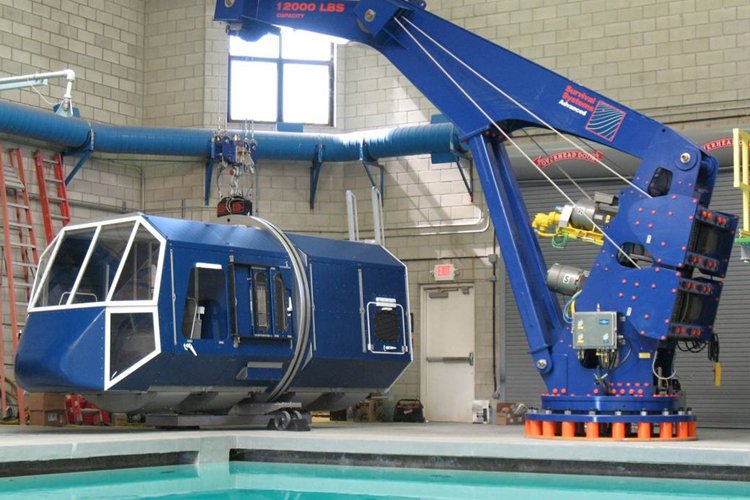