JFD, the world-leading underwater capability provider serving the commercial and defence diving markets and part of James Fisher and Sons plc, has been progressing the build of three submarine rescue vehicles (SRVs) simultaneously; a world-first in submarine rescue.

Due for delivery in 2021 and 2022, the SRVs are based on JFD’s third generation submarine rescue vehicles; tailored to customer specification. These SRVs will join the fleet of five of JFD SRVs in operation worldwide.

This unique capability has been possible due to JFD’s breadth and depth of expertise as world leaders in submarine rescue. This is the first time a build of multiple SRVs has occurred concurrently and despite the challenges presented by the COVID-19 pandemic, production remains on schedule. In parallel to these builds, JFD has continued to operate and maintain five of the world’s submarine rescue systems, including conducting multiple global exercises.

“Supporting our Submarine Rescue customers all over the world is part of JFD’s core business. Internationally, we are relied upon to deliver market leading submarine rescue equipment on time and without compromise. Our global pedigree, together with our detailed knowledge, experience, and understanding of delivering such complex programmes has allowed us to successfully navigate the challenges faced by all industries during the pandemic. Our teams have worked diligently with our local and international supply chain to ensure these submersibles can enter service on schedule”.

JFD is progressing the build of these systems at its headquarters in Glasgow, Scotland. Testing has been undertaken at its specialist facility, the National Hyperbaric Centre in Aberdeen, including pressurised testing on all sections of the pressure hull.

JFD’s third generation submarine rescue SRVs are the most advanced in the world. An adaptable and reliable system, the technology has been developed over JFD’s 40 years of experience and it allows for maintenance while offshore with a minimal spares package. Lightweight, quick to deploy and with incredible endurance, this proven class of SRV is in operation worldwide. 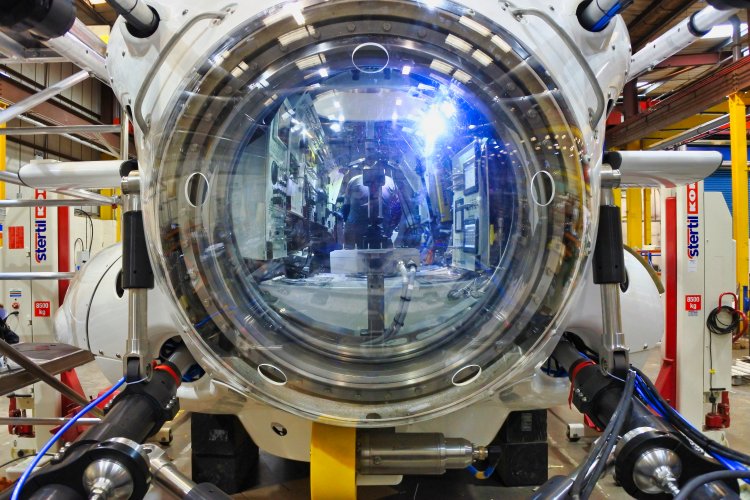