The simulated Intervention Remotely Operated Vehicle (IROV) dives, led by JFD, are part of a series of training deployments for the NSRS designed to ensure the system is in a permanent state of readiness, able to be utilised at a moment’s notice by the NATO partner nations of France, Norway and the UK, which jointly own the system.
The exercise encompassed the entire NSRS IROV mobilisation process, including road transportation. With over 52 hours of diving operations and 31 dives conducted, the exercise also included the delivery of Emergency Life Support Stores (ELSS) pods to a simulated submarine tower.

“Successfully completing this exercise amid the global pandemic ensures that the staff are well trained and prepared to quickly mobilise in response to emergencies, while at the same time following COVID-19 regulations. This exercise demonstrated the capability of the NSRS Intervention System, and the JFD team. It instils further confidence in the system and our ability to deploy it instantly, anywhere in the world, in the event of a serious submarine incident.”

The exercise required JFD to demonstrate the NSRS’ full IROV capabilities, while maintaining the highest training and safety standards. Underpinning the capability was the training of additional personnel from JFD’s global pool of operators, demonstrating the breadth and depth of suitably qualified and experienced operators that JFD can call upon. The exercise also allowed the team to demonstrate, within a COVID-19 secure environment, operating the equipment after a period of maintenance and testing.

“Fast and effective mobilisation of submarine rescue systems is paramount to a successful rescue operation and having the ability to quickly reach a distressed submarine anywhere in the world whilst maintaining optimum operational capability is critical to protecting human life at sea. Intervention systems are the first part of the submarine rescue exercise that allow an assessment of the submarine and submariners to be made which then influence the rescue plans. Ensuring that the system, and team, are fully competent through training exercises such as SL LIWT 21 allows us to be prepared in the event of a real-life emergency.”

JFD has undertaken several successful NSRS exercises since 2015, when it was awarded the original five-year contract to manage NSRS. This has since been extended to 2023, demonstrating the customer’s confidence in JFD’s ability to operate and maintain the system, which encompasses all aspects of NSRS operations and through-life-support.

As part of this agreement, JFD continues to work with the authority to develop the system ensuring the highest safety standards are always achieved.
In addition to operating five of the world’s submarine rescue systems, JFD has also been progressing a world first with the simultaneous build of three submarine rescue vehicles (SRVs) at its Inchinnan, Glasgow facility. 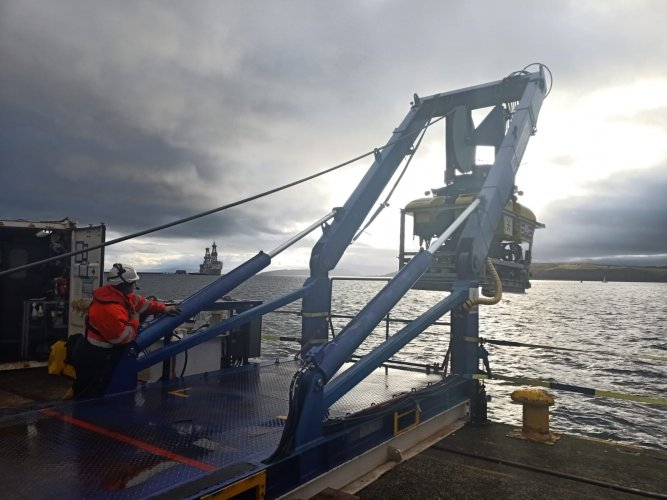