L3 WESCAM announced today that it has recently been awarded an indefinite-delivery/indefinite-quantity (ID/IQ) contract worth up to $49 million from the U.S. Naval Surface Warfare Center, Crane Division (NSWC Crane) for its MXTM-10MS electro-optical and infrared (EO/IR) imaging turrets.

The systems will be integrated by NSWC Crane into a larger system solution in support of the situational awareness system requirement for the Military Sealift Command Electro-Optical System (MSC-EOS) program. In addition to MX- 10MS systems, the ID/IQ can further be exercised for the purchase of ancillary equipment, product training courses and customizable in-service support programs. The contract will be executed by the Canadian Commercial Corporation.

“The U.S. Navy and NSWC are very important customers, and we look forward to strengthening our relationship with Crane as we build systems that enable real-time situational awareness for greater national security from both air and maritime domains,” said Mike Greenley, President of L3 WESCAM. “L3’s EO/IR maritime systems have been used by navies on a global scale for more than 15 years, detecting hostile intent at tactically significant ranges. Our latest generation of maritime sensors has been reengineered to meet the challenges of evolving maritime and coastal domain awareness missions that are conducted from all classes of manned and unmanned vessels.”

As part of the NSWC solution, L3’s MX-10MS systems will support a fleet of Military Sealift Command ships deployed to support Navy ships while at sea. Missions will include real-time situational awareness, reconnaissance and surveillance operations; coastal observation; and navigational hazard documentation in addition to low-visibility and nighttime navigation.

The first MX-10MS will be configured with a series of advanced sensors, including high-definition IR, electro-optical wide and electro-optical narrow, as well as a laser rangefinder. The system will also feature an Advanced Video Tracker (AVT) and a deicing capability.

L3 WESCAM is a world leader in the design and manufacture of stabilized, multi-spectral imaging systems. To learn more about L3 WESCAM, please visit the company’s website at www.WESCAM.com. 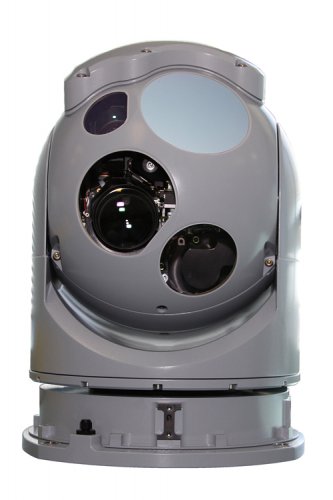