JFD, the world leading underwater capability provider serving the commercial and defence diving markets and part of James Fisher and Sons plc, was delighted to host a visit from Ranil Jayawardena, UK Minister for International Trade, at its office in Glasgow on Tuesday 20 July.

Facilitated by the Department of International Trade (DIT) in Scotland, the Minister visited JFD’s subsea manufacturing headquarters in Inchinnan, Renfrewshire and learned more about the company’s emerging markets, along with its contribution to Scotland and international trade.

As the world leader in submarine rescue, JFD has been completing the simultaneous build of three submarine rescue vehicles (SRVs), a world first. While touring the facility, the Minister was able to learn more about this achievement and see the current builds first-hand.

Reflecting on the visit, the Minister stated:

“It was super to visit JFD, to see their great technology first-hand, and to discuss how future free trade deals will help drive demand and open new markets around the world.

Now we are an independent trading nation, the British Government is determined to break down barriers to trade, back businesses in their plans for growth, and create better, higher paid jobs - in every corner of the country.”

“We would like to thank the Minister for visiting JFD, his time was much appreciated. As a company that supplies globally, the support of the Minister, his office and DIT is invaluable, and always welcomed, in our ambitions to grow our business. We were immensely proud to be able to show the Minister our three SRV builds which showcase our expertise in the submarine rescue sector.”

JFD will continue to strengthen relationships with DIT to expand in emerging markets, for both commercial and defence diving, and increase international trade to benefit both the business and the UK economy. 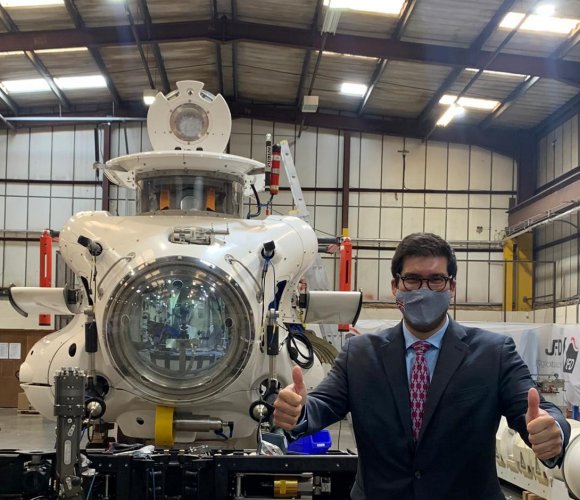