Oxley Success in Apprentice Team Of The Year Challenge

Nine apprentices from Oxley Developments narrowly missed out on a top three position in the search for the official ‘apprentice team of the year’ following a grueling six month challenge against some of the countries top leading apprentice employers and training providers.

The team was competing against seven other teams and raised over £1,700 for the Ulverston Inshore Rescue and £1,000 for Barrow Foodbank. The eight finalists raised over £30,000 for 8 charities as well as holding school talks and media interviews to explain how Apprenticeships enable young people to earn while they learn in a real job, gaining a real qualification and a real future.

The final stage, held at Brathay Trust’s headquarters on the banks of Lake Windermere saw Oxley finish one place off the podium with PepsiCo winning the challenge. The two-day long adventure finale in Ambleside tested the teams’ problem solving and physical abilities, culminating in a whaler boat race, across Lake Windermere which pushed the teams’ strength and teamwork to the limit.

The eight finalists were selected from over 110 teams and 1000 apprentices who entered the competition. Since January, the competitors have staged more than 360 school visits to talk about the benefits of Apprenticeships and delivered 60 community projects.

Team member, Nick Turner, said: “Just getting to the final and beating off more than 100 other teams was an achievement and we’re proud to have represented our company in the finals. The Challenge was really tough and the other teams really pushed us to our limits. We’re so proud of how far we have come and the experiences we have gained not just at the finals but throughout the whole six months.”

Martin Blakstad, Oxley Group CEO congratulated the apprentices on competing in the Challenge and said: “Apprenticeships are a vital part of our organisation and to see our team perform so well in this competition makes us all very proud. We employ nine apprentices across the business, recruiting & developing talented apprentices in key engineering roles enables Oxley to stay at the forefront of technology, delivering high quality products for our customers.”

Deputy Prime Minister Nick Clegg said: "I want to congratulate the winners and all of the competitors in the Brathay Apprentice Challenge. Together they have shown the genuine difference an Apprenticeship can make to give young people the chance to pursue a dream job as well as helping a business grow and increase its productivity.

"It is important that we work together to encourage even more businesses to offer Apprenticeships so we can ensure Britain's long term success, building a stronger economy and fairer society for this generation and the next." 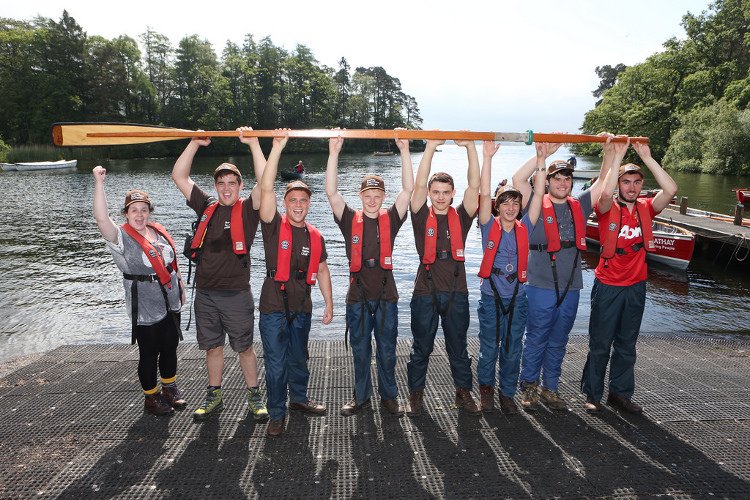