Family Owned Company, the World’s Fastest Assemblers of Precision Connectors, Has Been Focused on Innovation in Electronics and Satisfying Customers Since 1946

Those two friends, Murray Fisher and Bernie Bernbaum, continued exceeding customer expectations, and in June 1946, formed PEI-Genesis, a company still guided by its founders’ values of innovation, integrity, teamwork, and delivery of excellence to its customers.

“My dad, Murray, and my godfather, Bernie, lived as next door neighbors for almost 60 years,” said Steven Fisher, Chairman and CEO of PEI-Genesis. “They had a knack for satisfying their customers and a clear vision for electronics innovation that has guided us to this day. I am so proud to celebrate our 70th year in business and continue that family tradition and vision with our cherished employees.”

PEI-Genesis has seen a number of significant changes in its history.

Now with a workforce of 700 people in a dozen countries, PEI-Genesis satisfies tens of thousands of customers around the world with 17 sales offices, five production facilities, and a global headquarters in Philadelphia.

“Whether we were selling receiving tubes for TV sets in the 1970s or custom designed connectors or cable solutions today, we have been and always will be guided by our desire to exceed customer needs,” said Fisher. “If you think about our growth beyond Philadelphia, across North America, then to Europe and recently to Asia, it has always been driven by a desire to help customers solve problems using the best available technology.”

Founder Murray Fisher died in 2013 at the age of 101; Bernie Bernbaum, now 102, still resides in Philadelphia.

PEI-Genesis, which is adding new capabilities daily, has grown into new markets such as commercial air, oil and gas, industrial and rail/mass transit. Responsive service, fast shipping, and one of the largest inventories of electronic components anywhere allows PEI-Genesis to provide access to the brands design engineers trust. More than 70 percent of all products sold are assembled to order. In addition, PEI-Genesis’ Engineered Solutions Group designs and builds custom interconnect solutions and cable assemblies, engaging with customers early in the design process and partnering through delivery and optimization. The company is proud of its expertise creating high quality solutions for the harshest environments.

“We are driven by a desire to be the best and the fastest at solving customers’ technical problems and partnering with them from design to delivery,” said Russ Dorwart, PEI-Genesis’ President and COO. “It’s been an honor for so many of us to be a part of a family business with such a commitment to its partners and customers.”

“Our company is an amazing story about friendship, about meeting customer needs, and about constantly innovating to become our customers’ problem-solver of choice,” said Fisher. “We are looking forward to our next 70 years!” 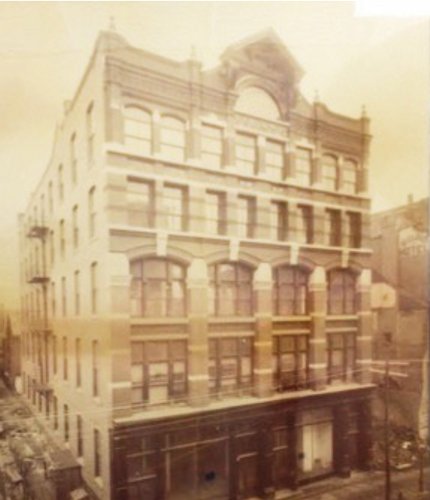