Telerob GmbH trading as Cobham Unmanned Systems is a leading provider of integrated homeland security solutions and unmanned platforms, utilizing over 30 years of expertise in this highly specialised field.
Cobham Unmanned System' mission is "To develop machines, equipment and systems that protect or replace human beings in situations where their presence would be either impossible or place them at great risk".

Whether the task at hand is disarming an Improvised Explosive Device (IED) with a remote controlled robot; investigating NBC hazards with an unmanned sensor platform; or deploying mobile, fully networked measurement, monitoring and intervention systems to ensure the safety and security of critical infrastructure, Cobham's top priority is always the protection of people and their surroundings.

More than 700 Cobham Unmanned systems are in service today, supporting bomb disposal officers and first responders in nations around the world.
Distance means safety; this basic rule with regard to disarming explosive devices means that bomb disposal officers increasingly prefer EOD Robots as their tool of choice.

Not only bomb disposal officers are exposed to a wide and varied range of hazards today; rescue forces and first responders increasingly get into situations that involve an extremely high level of personnel danger. Unmanned robotic systems have been developed to allow inspection and deal with hazards from a safe distance.

Building on this exceptional experience base, highly advanced solutions can be offered today; semiautonomous and remote controlled robots that can take samples of suspected biological or chemical warfare agents, plus reconnaissance platforms for CBRNE detection.

The telemax robot is the most versatile EOD / Hazmat robot available on the market today. It packs up small enough to fit in the back of a small SUV but is able to reach over 2,4m tall.
A four-track running gear has been used for the first time in a vehicle of this size, which offers superior mobility compared to other forms of running gear. This means that it can handle gradients of 45° or 100% without difficulty. It can overcome obstacles of up to half a meter in height without problems and also trenches of 60 cm in width.

The basic principle of 'less is more' applies with special forces if the situation involves working in confined spaces; in all cases where the big EOD robot cannot be used its little brother provides that vital distance between the bomb disposal engineer and the explosive device (IED, EOD, Bomb) that can mean the difference between life and death: in aircraft, in subways, in buses or other means of public transport.

The telemax has a unique set of features making it highly mobile and suitable for operating in confined spaces; the four individually articulating tracks are controlled separately and can be moved individually in pairs or all together as desired. Additionally, an intelligent controller sets running gear configurations to cope with the relevant situation at the press of a button.

These features make it easier for the operator to control the vehicle, especially in tricky situations such as narrow stairways and high steps. Inclination sensors ensure that the robot always maintains its balance. If a travelling speed of 4 km/h is not enough, then the high speed version offers up to 10 km/h.

The operating concept of the telemax is almost revolutionary by comparison to other robots on the market. It is the only EOD robot in the world that has a so-called TCP controller. TCP stands here for Tool Center Point, the middle point of the tool, or more simply, the gripper or disruptor. This kind of manipulator control makes the telemax the best in class robot in manipulation.

telemax is the only robot in this class that has two tool magazines incorporated into the chassis. This means two additional tools / firing systems can be used on an operation without needing to go back to the starting point. The manipulator automatically takes out the additional tools at the simple press of a button.

The NBCmax service robot is a universal mobile sensor platform that can be equipped with a broad palette of sensors to detect and investigate chemical, biological, explosive or toxic substances (CBRNE).

Not only bomb disposal engineers are exposed to a wide and varied range of hazards today. Rescue forces and first responders such as the fire service, technical rescue specialists or international aid forces increasingly find themselves in situations that involve an extremely high level of personal danger. This includes operations that involve hazardous materials, toxic substances or even biologically harmful materials such as viruses or bacteria. Once such substances have been released-whether through accidents or intentionally-the rescue forces are exposed to maximum danger if working manually.

The NBCmax has been developed to allow the response forces to inspect, and if applicable deal with hazards from a safe distance. The data collected, ranging from gas concentration and gamma radiation through to evidence of explosives, is transmitted back to the control panel of the robot to be processed by the operator.

tEODor is an Explosive Ordnance Disposal (EOD) and observation robot that sets the standard worldwide.
Distance means safety; robust, reliable and flexible in use, the innovative bomb disposal system provides a maximum degree of safety and protection. The basic model is designed as a twin-track vehicle with extremely good manoeuvrability and good properties on open ground; the running gear, equipped with sprung rollers, is characterised by the ability to climb at angles of up to 45°. The individual links of the robust steel track can be easily replaced if they become worn or damaged.

The high-torque drive units work with continuous four-quadrant control, both backwards and forwards. Both the vehicle and the manipulator can be operated with extreme delicacy. When the vehicle stops on slopes or gradients the safety brakes operate automatically to hold the vehicle in place.

The TEL600 series is a family of vehicles which deal with the demanding tasks associated with the location, identification and removal of explosive and incendiary devices, especially in the event that there is suspicion of a dirty bomb.
The range encompasses a compact Rapid Response (S) vehicle based on a fast four wheel drive (4X4) vehicle to take immediate action at the crime scene; medium-sized (M) search and detection vehicles for location and identification operations; and fully equipped IED / NBC response systems (L) weighing up to 8 tons.

The XL and XXL systems, based on medium-sized and heavy trucks, represent the highest standard in Bomb Disposal vehicles, providing security personnel with the optimum amount of equipment to cover every eventuality. Kit ranges from a simple hook and line set through to various EOD robots and unmanned reconnaissance platforms, all the way up to a NBC robot with a fully automatic system to take samples and investigate hazardous biological materials. Systems are made-to-order based on individual customer specifications.

The leading provider of EOD and IEDD tools, system and services made in Germany. 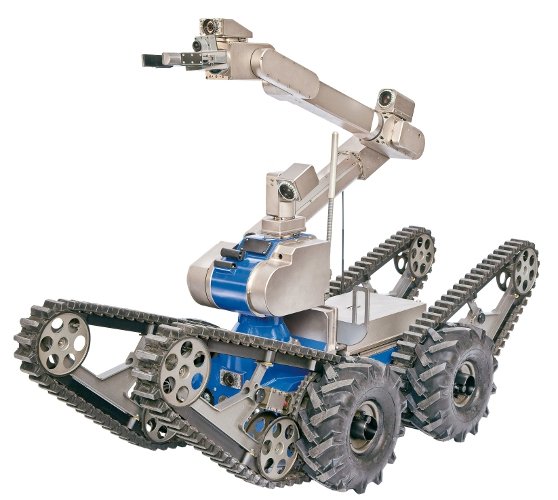 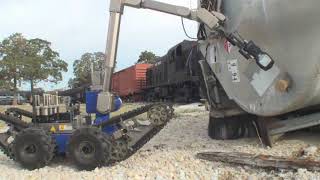 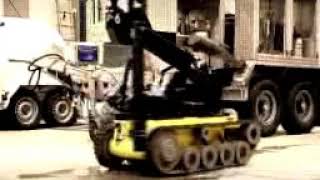 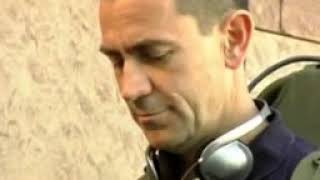